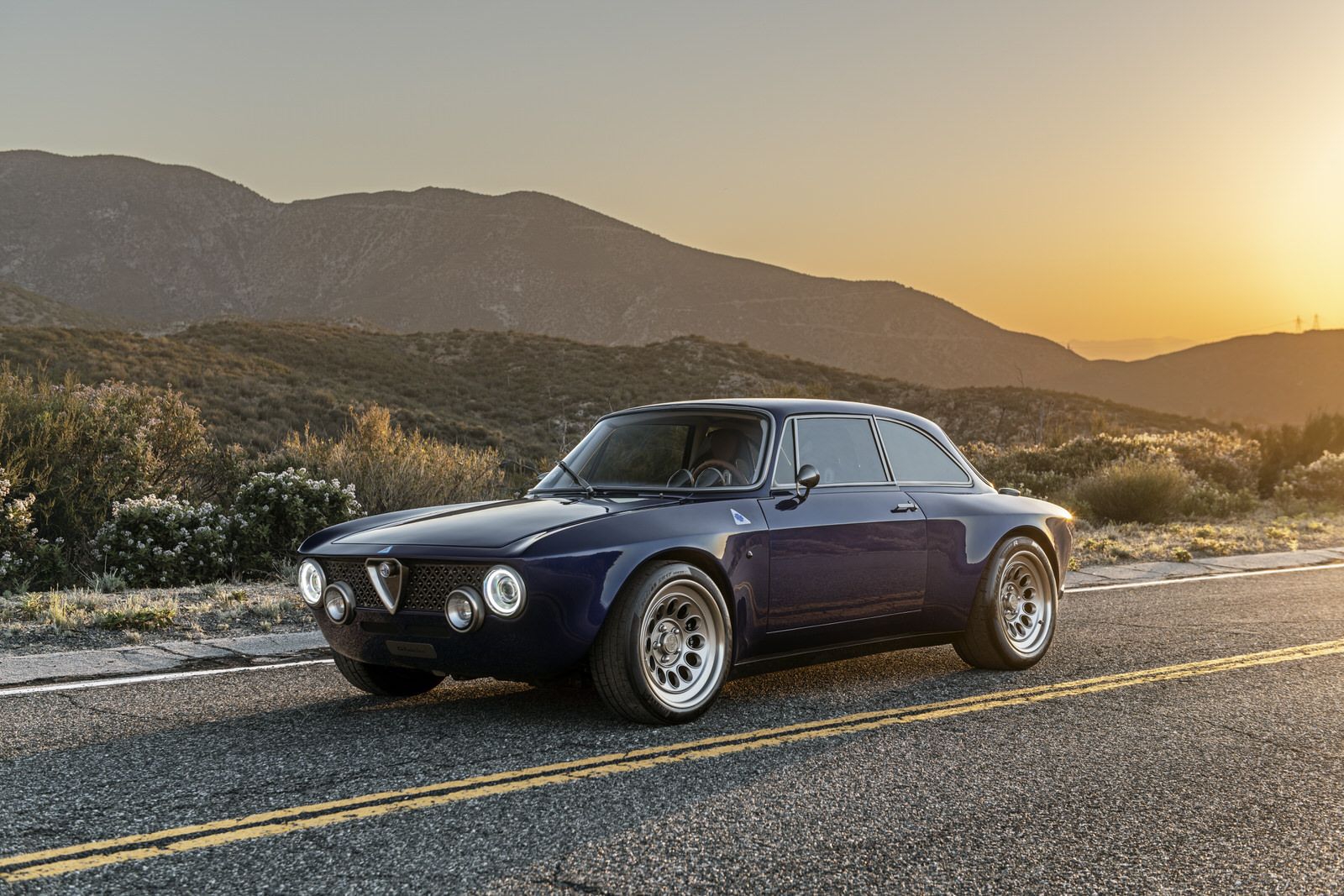 A company by the name of Totem Automobili has reimagined the classic Alfa Romeo Giulia GTA (namesake to Alfa’s current most hardcore sedan) as a modern performance car with an electric powertrain and a carbon-fiber body. Transforming classic cars into futuristic, state-of-the-art machines using new technology and material, Totem Automobili has crafted one of the most advanced restmod in the world, using an iconic automobile from the 60’s and 70’s. I think it`s just fantastic car!

The most advanced restomod in the world

Starting from one of the best iconic Italian cars of the 60’s & 70’s, the Alfa Romeo Giulia GTA, Totem Automobili created one of the most advanced restomod in the business, producing the ever fastest and most fascinating Giulia GTA.
The Giulia GTA was presented in 1965 and in the following seven  years obtained a series of successes and prizes which led this car to be considered as a legend.

Not only looking back to the past but also glancing at the future, the specialistі of the company elegantly redesigned the original lines giving the car a stunning shape whilst maintaining the authentic signature of the Giulia GTA.

Similar considerations applied to the engineering and mechanical elements, planning the very best components and working with a team of Italian experts, Totem Automobili developed the new chassis setup designed to enclose an electric heart, bringing the car to extraordinary performance, whilst projecting it into the future.

The design of GT electric has been reshaped in forms and materials to create a timeless car with a smoother line. The formal search for details has given continuity to the past recovering some original features to apply in the new design.
The engineers removed the roof drip molding from the external body, which was reconstructed entirely in carbon fiber, in order to make the car as light as possible and to obtain a perfect surface using new milling molds.

Redesigning the Alfa Romeo Giulia GTA with a revived design that preserves the iconic soul, whilst reaches distinction for the craftsmanship of each component, Totem GT runs the road of the future as a result of advanced technology, which improve its performance.

Maintaining 10% of the original chassis, to which a new full aluminum suspensions, specifically designed for the car, has been coupled, we substituted the classic fuel engine with modern engines able to grant an unparalleled power and a greener vision. GT Electric, converted to electric power, has been conceived to preserve the driving experience of this classic beauty whilst providing an exhilarating driving experience, along with a longer duration and the highest performance.

The single electric motor generates 518 horsepower and 692 pound-feet of torque, and will see the car sprint to 62 mph from rest in 3.4 seconds, according to Totem. The claimed top speed is 152 mph.

A 50.4-kilowatt-hour battery provides a range of 222 miles (likely as measured on the European testing cycle) at “standard pace,” according to the company, and weighs 771.6 pounds alone. To help offset the weight—the A in GTA does stand for Alleggerita (Italian for “Lightened”), after all—Totem crafts a new body out of carbon fiber. The resulting curb weight is just over 3,100 pounds, which isn’t bad for an EV.

The conversion process started from our beloved classic Alfa Romeo Giulia GT Junior 1300/1600, built between 1970 and 1975. The frame was finely tuned and stiffened by hand to grant the significant power increase from the original 192bhp.

Rather than just copy the original design directly though, Totem made some subtle changes. The GT Electric has four headlights instead of the original two, the C-pillar design is tweaked, and the Alfa Romeo badge lacks the bars of the original. Totem also redesigned the underside of the car to improve aerodynamics, creating a flat floor with rear air extractors in an effort to generate downforce.

The rear was redesigned to provide a curvy shape, while accommodating new LED taillights and two large extractors based on an initial aerodynamic study of the whole coefficient. The license plate was moved down to balance the designe.

Unlike in the original Alfa Romeo Giulia GTA, Totem’s GT Electric gets power windows and air conditioning. The company has also decided to add an exterior sound system consisting of multiple speakers. This is to enable the car to sound like the original, with accurate locations for the sound of the engine revving, the gears being shifted, and the exhaust shouting.

The color of each car reflect the spirit and the soul of the customers, pastel and mica colors are our favorites, as they reflect well on the rounded surfaces of the car. Furthermore each car is polished with a ceramic detailing treatment after the varnishing process in order to protect the paint forever.

Totem first announced details on the GT Electric in April 2020 and had planned to unveil the car in July at the 2020 Goodwood Festival of Speed, but the Covid-19 coronavirus pandemic resulted in a change to those plans. The company is currently accepting orders for the car which is limited to 20 units and starts at 430,000 euros (approximately $508,670). Deliveries are due to start in mid-2022.