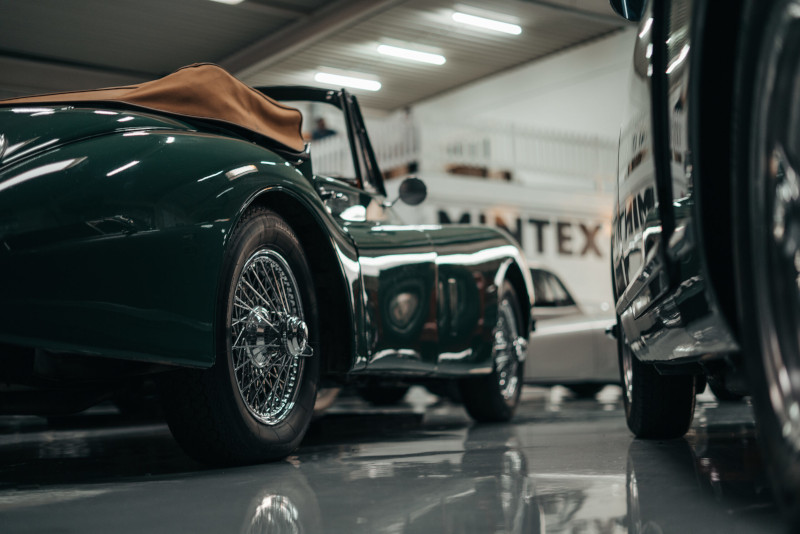 What is HAGI INDEX?

The HAGI index is slightly difficult to explain. Hatlapa and his colleagues at the Historic Automobile Group International have created an index (a few, actually) that functions like the S&P 500 and can arguably give us today the most data-rich picture of the classic-car marketplace we have ever known.

This story goes back to the early 2000s. Hatlapa was a managing director at a major bank called ING Barings. His colleague, Bruce Johnson, was head of research, and part of his work was to help create stock indices for emerging financial markets, where stock trading did not occur on exchanges. It might have taken place in a bar or on a street. So researchers had to figure out how to harvest robust data, then how to use algorithms to track it accurately in an index such as the S&P or Dow Jones. Investors looking into these risky but potentially hugely profitable markets could then have some understanding of the ups and downs.

Hatlapa, originally from Hamburg, Germany, was a classic-car fan. And it occurred to him that the same principle of creating stock indices in emerging financial markets could apply to the classic-car market. There was a lot of anecdotal data on vintage- car sales and some real data such as auction results. But how could he create an index that really put the picture in focus? He partnered with his colleague Bruce Johnson and together they launched HAGI.

“We created what we call a trusted network,” he explains, “whereby we started collecting our data from four sources: dealers, private collectors, marque specialists, and auctions.” How did he get all of that private sales data? By networking and asking for it.

“We are 100 percent discreet. The information is for calculating the indices and that’s it. It’s not being resold. It’s totally anonymized. The most important word for us, in terms of how we created this business, is ‘independent.’ We are documenting this market. But we are not involved in it, so we are market-neutral. We do not benefit if it goes up or down.”

Using a database of over 100,000 sales, Hatlapa and his colleagues created classic- car indices just as they created indices for emerging financial markets. There is one each for Porsche, Ferrari, Lamborghini, Mercedes- Benz, plus a “HAGI Top Index,” which tracks 50 benchmark models from 19 marques in the same way that the S&P tracks 500 companies.

Any questions? Of course there are. How can you track the value of, say, a 300 SL Gullwing when one is in top shape, while another is, for example, rusted and doesn’t have a numbers- matching engine?

“We only factor in excellent- condition cars,” says Hatlapa. “If it’s not good, we don’t use it. At the same time, if Stirling Moss ran the Mille Miglia in a certain car, then it is worth double or more. We don’t use that, either, because it skews the picture. This commodity is not 100 percent fungible, the way an ounce of gold equals an ounce of gold. But it’s close.”

How does the algorithm actually work? Now pay attention: The Dow Jones and the S&P 500 behave differently. The Dow is a price index. The stock prices of 30 large companies go up and down, and the Dow tracks them all equivalently. The S&P is a market capitalization index. Each of the 500 companies matters in the overall algorithm according to its market cap, and that is how the HAGI index functions (HAGI calls this “survivor weighting”). Here’s what that means in classic-car terms: Say a Ferrari F40 is worth an average of $1, and 100 survive; that means the market cap—or the survivor weight—is $100. But say the F50 is worth an average of $10, and there’s 1000 of them; the F50’s market cap is $10,000. The F50 thus has far more power to influence the index than the F40.

Do the HAGI indices rise and fall in real time, like the S&P 500? While many of us get a thrill at watching the market move like a speedometer needle, HAGI’s indices are updated monthly. Again: They are modeled after the kind of indices created to track emerging financial markets, and in those (like in the vintage-car market) there are not enough sales by the minute and second to move the market incessantly.