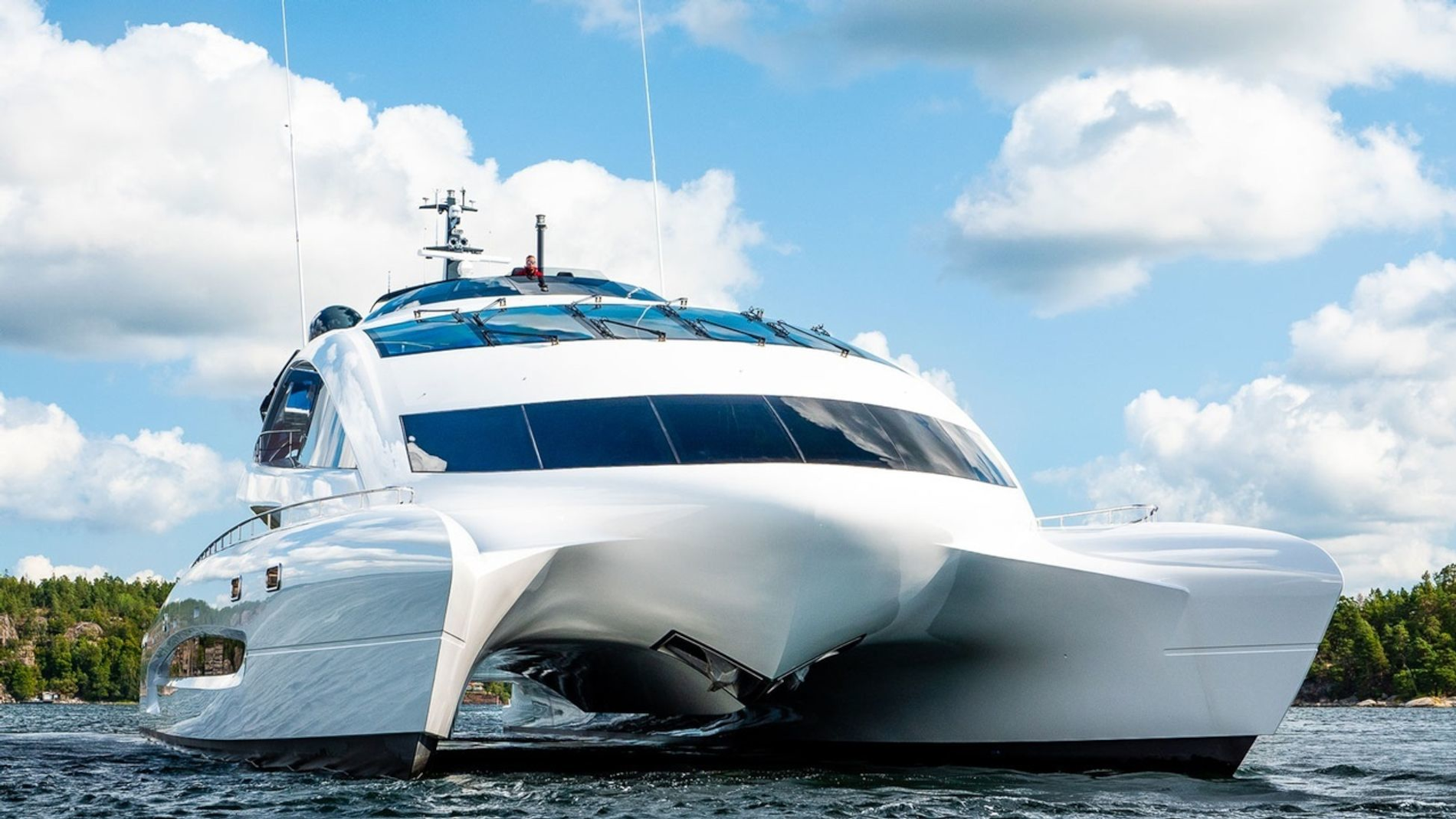 A Porsche-crafted superyacht has hit the market with the look of something out of this world.

That was the intention when Singapore-based firm Royal Falcon Fleet approached Studio F.A. Porsche—a subsidiary of the iconic sports car maker—to help make “a spaceship on the water,” according to the Austria-based design agency.

The 135-foot yacht was officially listed earlier this month, with a price on application, according to the brokers, Camper & Nicholsons.

The superyacht, known as Royal Falcon One, features a catamaran design, a style whereby two parallel hulls act like legs, lifting the whole ship off the water. Royal Falcon Fleet CEO and president M A Zaman has said the unorthodox shape is meant to differentiate the yacht from its peers.

The catamaran design is also functional by allowing the bedroom suites a more luxurious position at or above the main deck rather than below, the way standard monohull yachts are often arranged, he told SuperyachtNews.

True to Mr. Zaman’s word, Royal Falcon houses three guest cabins on the main deck, while the master suite and a so-called “VIP suite” on the upper deck, giving them loftier views over the water, according to the listing with Camper & Nicholsons. Instead, the two hulls are used to house cabins for the ship’s 10-person crew.

Built in Sweden, the fuel-efficient superyacht has a cruising speed of 15 knots and can top out at about 35 knots, according to the listing agents.

Royal Falcon One also houses a range of luxurious amenities, including a top deck with a Jacuzzi; a main saloon with a back-lit bar and panoramic observation deck; as well as a private open-air deck off the master suite, according to the listing.